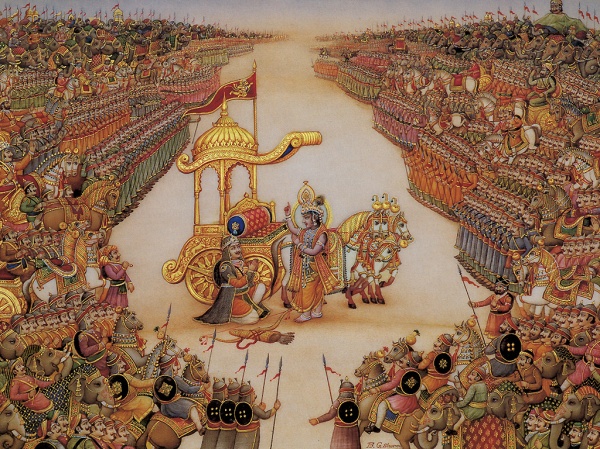 D.D. Kosambi, the Indian Marxist historian, once dismissed the Bhagavad Gita as “700 fratricidal verses.” And while this text has been extolled by champions of nonviolence such as Thoreau and Gandhi, Kosambi does have a point: Krishna – God himself who has taken on human form – urges Arjuna, the reluctant warrior, to fight in battle against his teachers, cousins, and friends. Why? Because his dharma requires him to do so. Arjuna must act in this battle in order to preserve the order of the universe, even if it means slaughtering his kin. END_OF_DOCUMENT_TOKEN_TO_BE_REPLACED